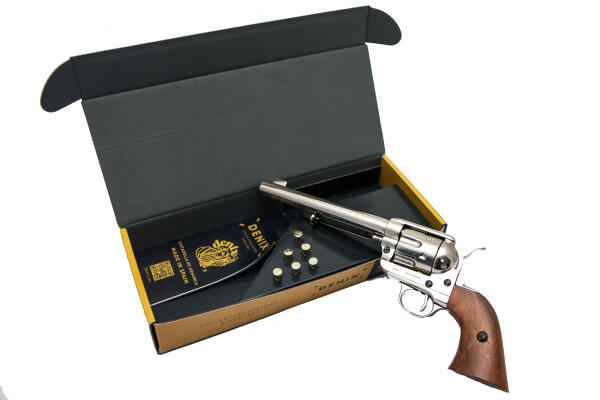 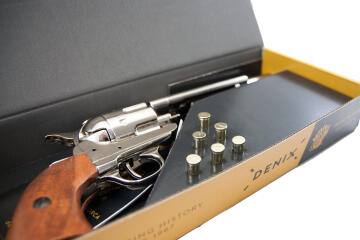 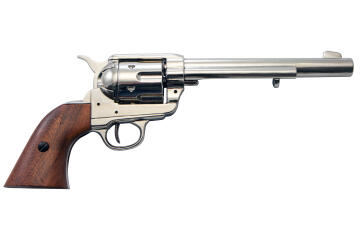 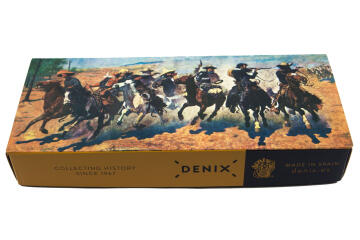 Here we got a very nice replica for one of the Wild West most famous guns – Colt Single Action Army, also known as Peacemaker – the gun who won the Wild West! This gun sells in a nice giftbox together with 6 “bullets”, silver colored and with 7 ½ barrel.

Originality this model was produced by Colt´s Patent Firearms Manufacturing 1872 and was intended for U.S Governments police and military units. 1873 were the revolver adopted as the military service revolver until 1892. Except for that, the gun becomes very popular along cowboys, Sheriffs and Outlaws. One of the main reasons was that the prices were quite low and that you could use the same ammunition as the Winchester M1873 riffle. The revolver also got a lot of nicknames like peacemaker, widow maker, SAA, M1873 and of course also the original name Colt Single Action Army. The revolver has past the years been produced in 30 different calibers and with several different barrel lengths. This replica has a nice 7 1/2” barrel. Colt has put down the production of this model twice but has been forced to start it again due to the popularity and continuously high demands – the production has been running from 1873 – 1941, 1956 – 1974 and from 1976 up to now. This revolver has participated in most US wars from American Indian War to both WWI and WWII. This model as you my understand is a real popular collector´s classic and the replica is as the original a single action model which means that you could cocked the gun and dryfiring, you could also rotate the drum. The replica is made of metal and wood. Here you got a great opportunity to buy a nice piece of US history and get into your hand – complete with a gun belt, a sheriff´s star and you will nearly feel the history. 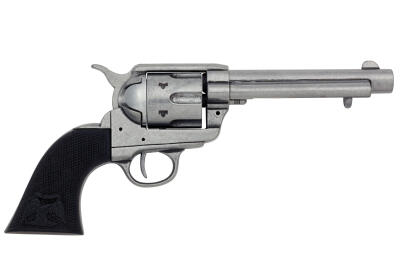 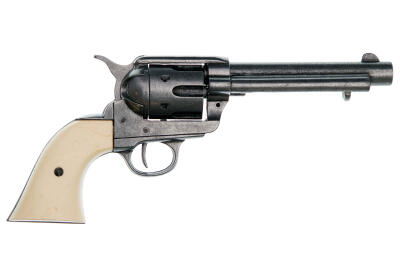 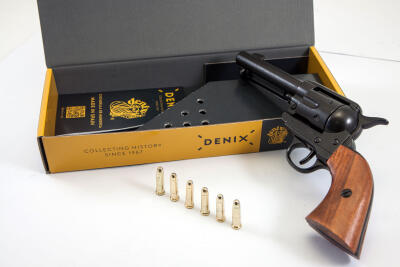