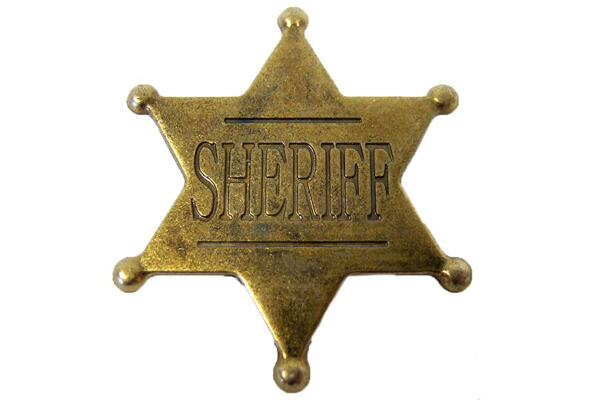 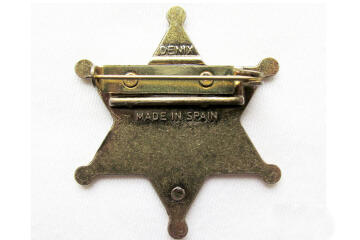 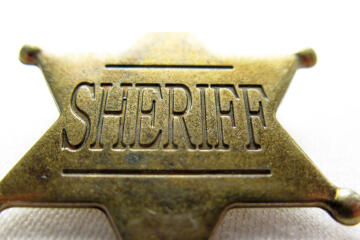 Reproduction of a 6-point Sheriff badge made of metal, with a needle for its attachment to the cloth.The term Sheriff is a contraction of "shirereeve", an expression that comes from medieval England and that named the person responsible for imparting justice in a county. Currently is the public police and justice authority in force, in several Anglo-Saxon countries: Great Britain, the United States and Canada.
The first English settlers took the figure of the Sheriff to the American continent, so that he maintained the order in the new populations. At the time of the gold rush their presence became more and more necessary, and to distinguish who gave the law, was placed a badge on the chest, as a recognizable symbol of rank and authority.
At the beginning, many badges were shaped like oval or shield, later, they began to be represented with a star of 5 points, symbol associated with the flag of the United States. Since then, the sheriff's badge has evolved to 5, 6 or 7-pointed star.
Today, most sheriffs use a star shape badge, while police officers use a shield or oval badge. Federal agencies often use plaques with an eagle on the shield.
Immerse yourself in the American western with the historical reproduction of this DENIX badge!