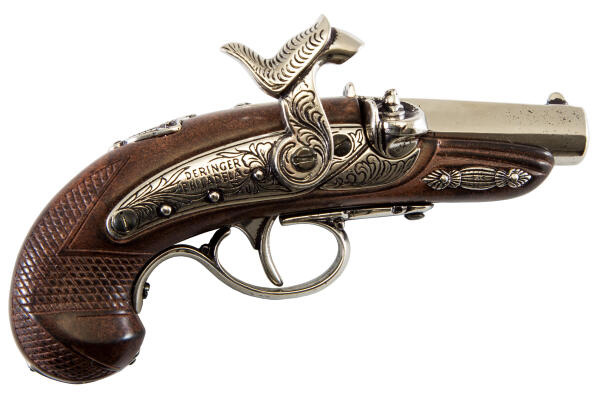 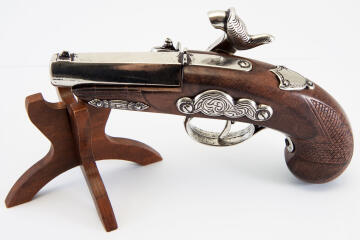 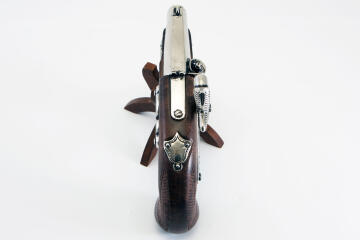 Derringer – a small handgun that has created a lot of space in History. The gun was created by gunsmith Henry Deringer (1786–1868) and was a small, very popular model – muzzle-loaded and equipped with 1 barrel and walnut wood log. In total, about 15,000 pcs of the original pistols were produced. Henry Deringer did not patent his gun, which meant that lots of different and similar models have been produced from other manufacturers over the years and that have fallen under the Derringer name. Modern Derringer models, for example, are often 2-barrel, cartridge-loaded and very small so that they can be easily hidden in a bra, boot or similar. Philadelphia Deringer was produced between 1852 – 1868, the model was very popular among Military officers as a back-up weapon at first but then also became very popular along ordinary people as self-defense weapons. The gun was also very easy to hide. Because the gun was so easy to hide, it also became popular among assassins and other dishonest individuals – best known in history is that it was a Philadelphia Deringer that John Wilkes Booth used when he murdered the President of the United States, Abraham Lincoln at Ford's Theatre on April 14, 1865. It was during the newspaper reporting of the murder that deringer was misspelled and after that the name Derringer was used along copies and in media. On this fine replica in nickel version, you can cocked and de-cocked the gun and dryfire. Philadelphia Deringer is a must for those of you who collect historical weapons so now you have the opportunity to buy one! 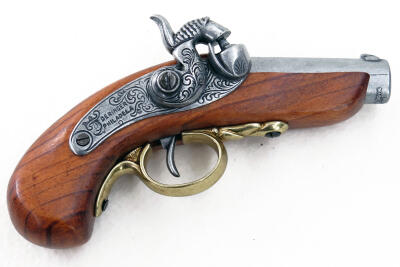 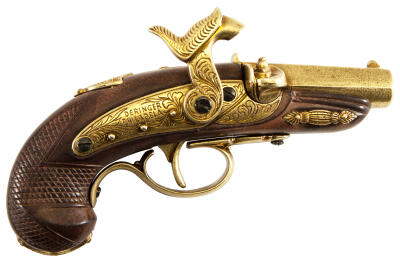 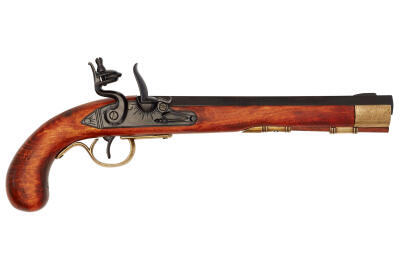