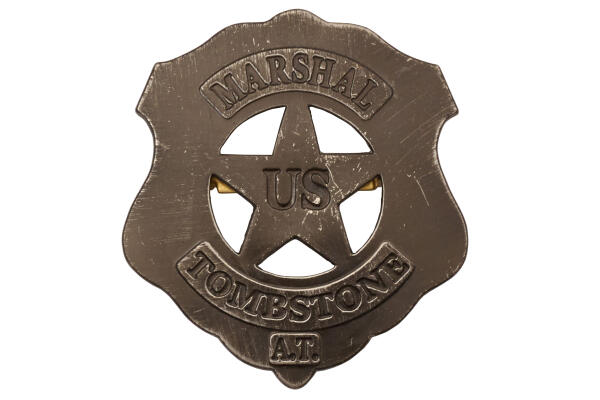 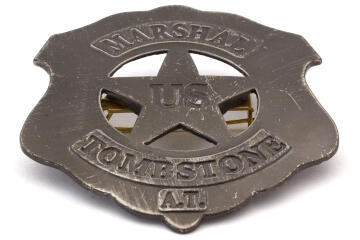 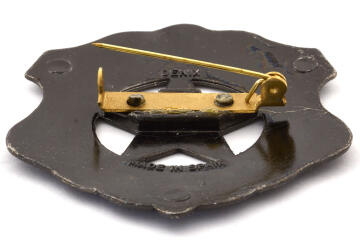 Reproduction of a US Marshal badge made of metal, with a needle for its attachment. The US Marshals Service is an agency that is part of the Justice Department. They are responsible for the protection of court officials, judicial buildings and the effective functioning of the US judicial system. The service also helps with the transport of prisoners, serves arrest warrants and seeks fugitives.
The US Marshal is the oldest federal agency and its origin dates back to a law issued by George Washington on September 24, 1789 (Judiciary Act), which included the creation of other judicial officials. Two years later, the first 16 agents were chosen for each one of the judicial districts of the young nation. Over the years the agents have been in charge of running the federal courts properly: from ensuring the presence of witnesses, to executing orders for death sentences.
The US Marshal has been involved in most of the major historical episodes in the US history. Before the American Civil War (1861-1865) they had the function of catching the fugitive slaves and returning them with their owners. During this conflict, they confiscated the properties used as support for the cause of the Confederate States of America. And in the following years they played an important role in the expansion of the American West.
Among the representative names of the time is Wyatt Earp (March 19, 1848 - January 13, 1929), a marshal very famous in the American West for his extreme harshness in dealing with those who broke the law, incorruptible and daring in their procedures. His fame was achieved in Tombstone (Arizona), where he was one of the protagonists of the shooting in the O.K. Corral, along with Doc Holliday, Virgil Earp, and Morgan Earp. He is part of the legendary figures of the American West having inspired numerous westerns.