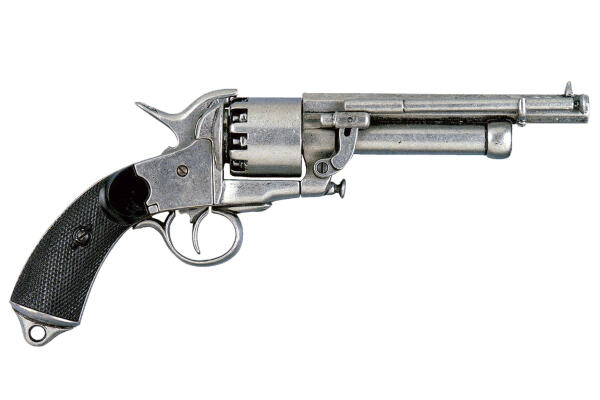 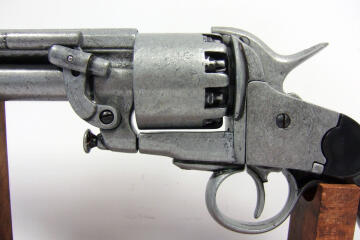 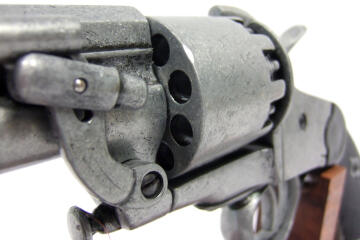 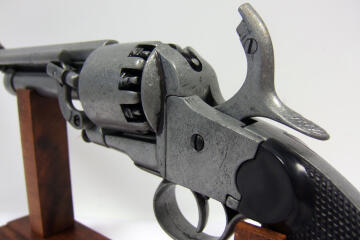 Here's a unique collector's revolver – LeMat used during the American Civil War. The LeMat revolver was a .42 or .36 caliber cap & ball black powder revolver invented by Dr. Jean Alexandre LeMat of New Orleans, which featured a rather unusual secondary 16-gauge smoothbore barrel capable of firing buckshot, and saw service with the armed forces of the Confederate States of America during the American Civil War of 1861–1865. In order to overcome the manufacturing problems with the North, production was moved to Belgium and France. At the time of the conflict, 5,000 revolvers were ordered by the Confederate States, but thanks to the North's effective blockades at sea, not many revolvers were produced and arrived - a total of about 2,900 pcs during the period. Of those who came pass the blockade and arrived at the Confederate army it became to be very popular, General Braxton Bragg was one of the more famous military officers in the Confederate army who used one. The original revolver had a muzzle velocity of approx. 190m/s. The effective shooting rang were about 35 – 40m and maximum range were about 100m. Finding this revolver in some collections nowadays is quite unique so even a replica of it attracts a lot of attention. On this fine replica, the drum rotates, it could be cocked and dryfired. The side lock can also be moved.