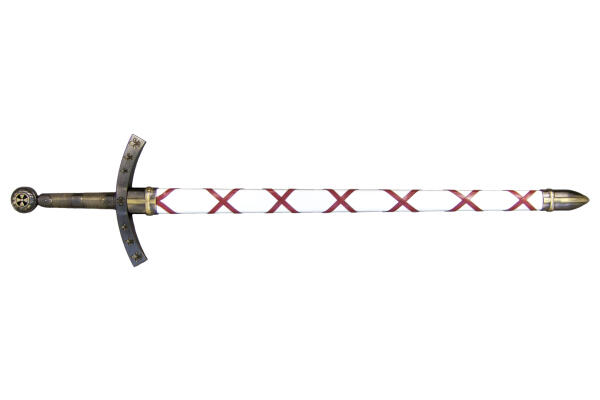 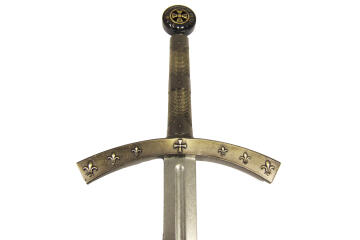 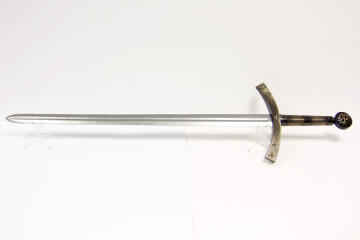 Crusader sword – here you have a mythical and beautiful replica sword who belonged to Hugo De Payens who died in 1118. Hugo de Payens was one of the founders of the Knight Templars and was also their first grandmaster. In total, the order was founded by nine knights. Hugo was since then grandmaster for almost 20 years and built the order into a large and powerful organization. Hugo de Payens also participated in the first crusade and was under the command of Godfroi de Boullion. In connection with knight films such as the Swedish Arn films, interest has increased radically when it comes to swords, above all it is crusader swords that now adorn many walls and offices. Here you get the opportunity to buy a very nice and realistic replica sword, the sword can be pulled out of the case.