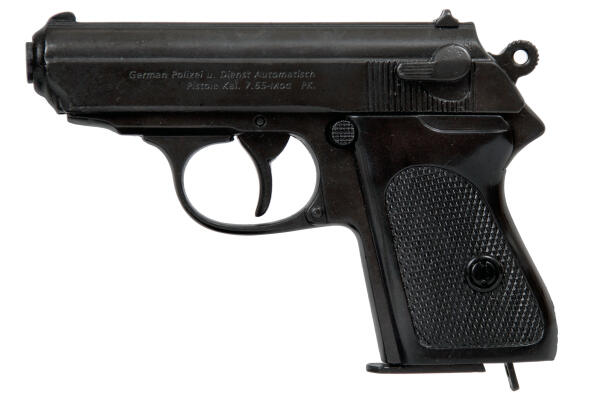 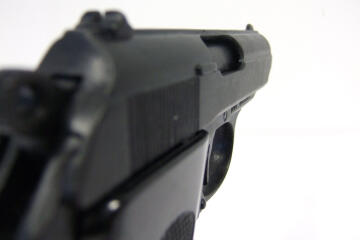 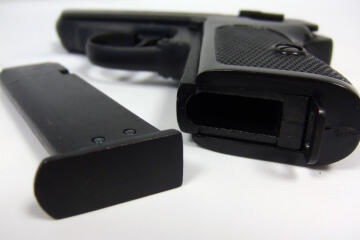 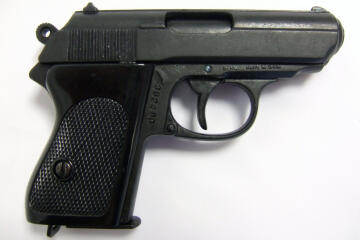 The original gun was Walther PP (Polizei Pistole) developed and released 1929 by the German arms manufacturer Carl Walther GmbH Sportwaffen. This model was produced for the German police, as you could see of the name. The Walther PP became very quick popular along police departments all over Europe – this was among the world`s first successful double action semi-automatic pistols who relay worked smooth and were reliable. The most common model in the PP series are PPK who was released 1931. The big different between them were smaller and more convenient to hide during undercover mission and similar. Many people think the K stands for short (kurz in German) but it stand for Kriminal ( referring to crime investigation office ). The PPK model were very popular along German officers and Luftwaffe during the WWII, the main reason were the smooth size and the operational reliability was very high. Among the historical events Adolf Hitler killed himself with his PPK in the Führerbunker in Berlin. The fictional secret agent James Bond used a Walther PPK in many of the films and novels – the use made the PPK famous and it also got the nick name “The James Bond pistol”. Even today the PPK model is still produced. This replica is made by metal with working mechanism, which means that you could do a mantel movement and blank fire the gun. The magazine is also possible to release and take out. 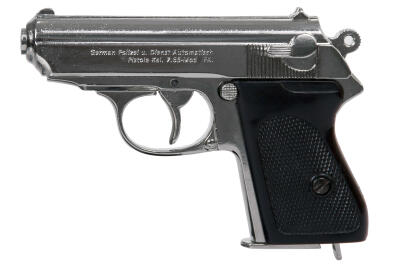 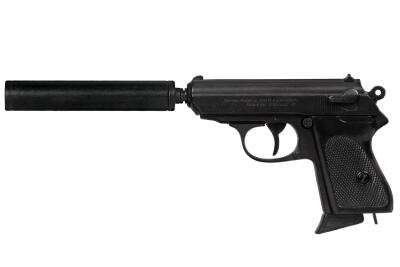 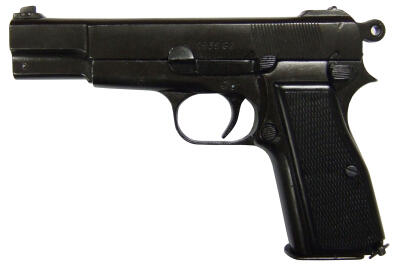 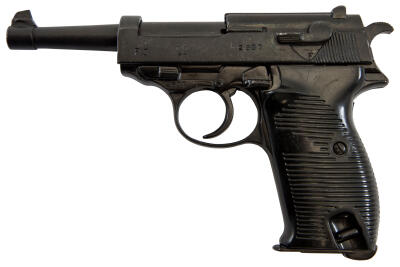