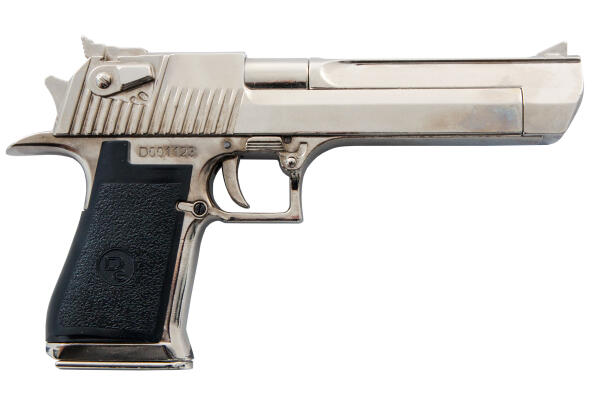 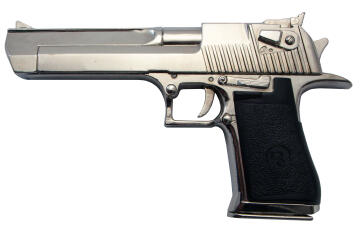 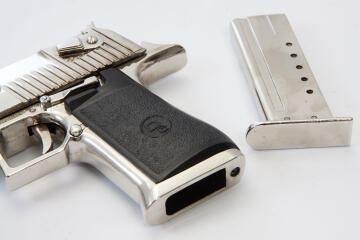 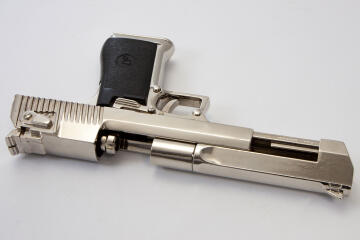 Probably one of the world's most famous pistols – a semi-automatic heavyweight that can be found up to caliber.50. The model began to see its light in 1979 and left the drawing board for production in 1982. The model was developed by Magnum Research in the US and completed by IMI in Israel and although production started as recently as 1982, it has already become one of the film world's most popular models. The model has already starred in several hundred famous action films. When the .50 caliber model was developed, the main purpose was to quickly and efficiently stop cars, loaded with explosives that at the time relatively often tried to drive into military posts to blow up. In 1988, the .50 Action Express was developed, which is probably the most powerful gun ammunition in production today. Incidentally, from a purely military perspective, the original Desert Eagle pistol was not very good, it was large, heavy and unwieldy, the magazines held few bullets and had difficulty reloading when using light bullets, but it was excellent when using factory-made magnum bullets – then it instead became a very reliable pistol with high performance and precision. The .50 caliber has otherwise almost given the gun a legendary status. The other calibers in which it is manufactured are .44 Magnum, .357 Magnum, .440 Cor-bon and .41 Magnum. Maximum shooting range is approx. 200m. Velocity: 470m/s. On this fine replica you can make mantle movement, cocked and decocked, remove the magazine and dry fire. If you are in the mood for a real male replica gun that fills up your whole hand – then this is the model that you should buy. This is the silver/nickel version. 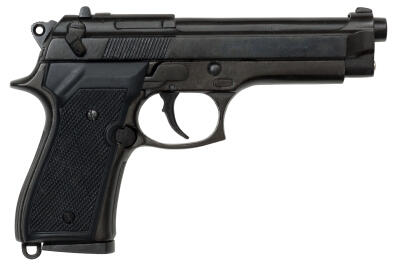 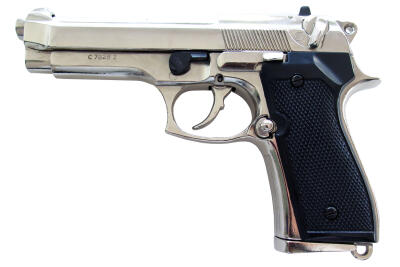 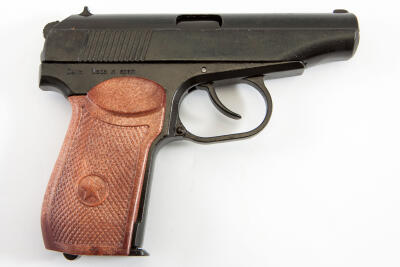 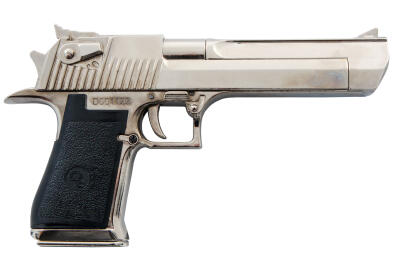