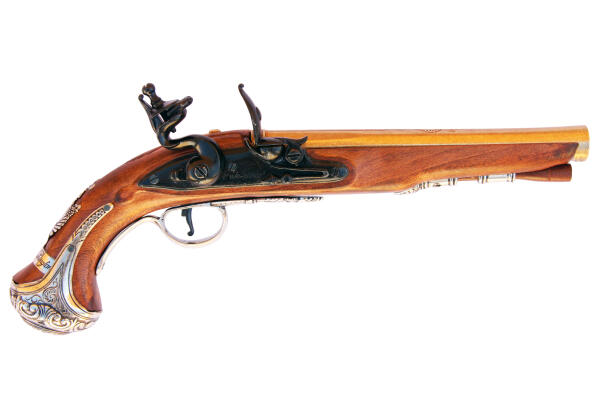 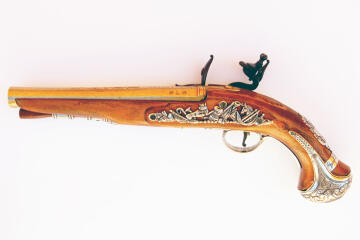 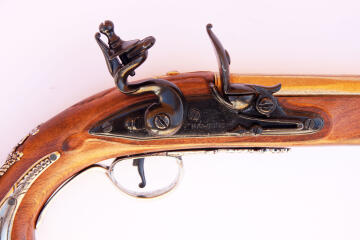 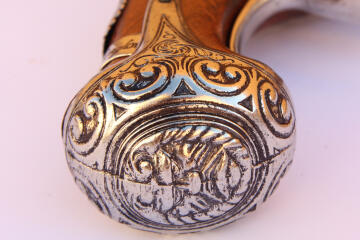 Reproduction of a flintlock pistol, made of metal and wood, with simulated mechanism of loading and firing. This artistically crafted and wooden flintlock pistol was manufactured in England by express order of George Washington (1732-1799), commander-in-chief of the Continental Army of the Revolutionary forces in the American War of Independence (1775-1783) and first President of the United States of America (1789-1797). The War of Independence of the United States was a long conflict, which pitted the original Thirteen British Colonies in North America against the Kingdom of Great Britain for eight and a half years, ending with the British defeat at the Battle of Yorktown and the signature Of the Treaty of Paris. In view of this scenario, the Americans succeeded in electing their commander in chief, George Washington, because of his temperament and ability, he was the ideal man for this type of campaign. Relive one of the most important episodes in world history with the DENIX replica of this George Washington pistol. 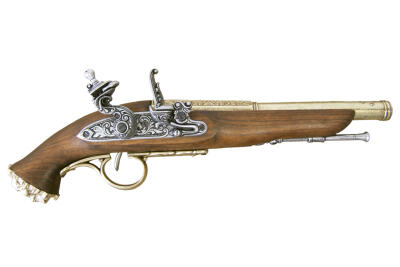