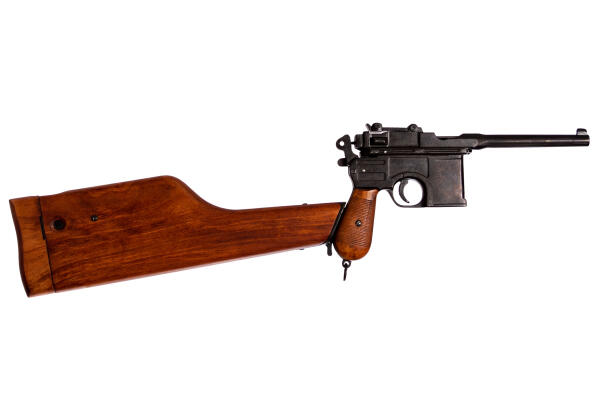 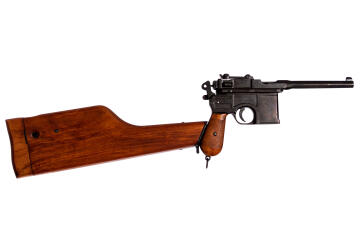 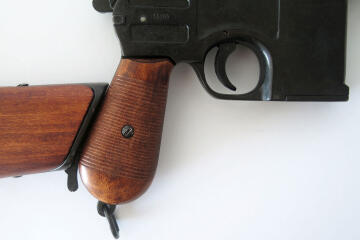 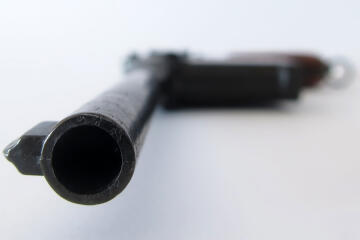 Within the wide range of short weapons, the C-96 has the honor of bearing the name "classic", also known as "Broom handle" – here fitted with wooden shoulder support. It was a semiautomatic pistol produced in Germany from 1896 to 1937, created by the great Peter Paul Mauser. This semiautomatic pistol, with more than a century of history, has an extremely functional and practical design that has become to be recognized as one of the best weapons in the world. Effective fire rang is 150 – 200m and together with the power it was a gun much better than similar pistols during this period. The German army received more than 100,000 units, which they used during World War I, in which abounded the fights at short distance in the trenches. Totally manufactured just Mauser by their self over 1.1 Million copies, in addition to that, large number of copies were also made on license. The Communist Russia acquired large quantities of C-96. These weapons ended up receiving the nickname of "Bolo-Mauser", that is, the Mauser of the Bolsheviks. When World War II began in 1939, the C-96 was still active. Winston Churchill was very fond of his C-96 and uses it by himself in several wars and it was also very popular along other British officers. Even during WWII this gun were very common. Although no country recognized it as their regulatory weapon, it was used in all the warlike events that arose in the first half of the twentieth century. This reproduction of the C-96 is made of metal and simulated engrave wooden grips, with simulating mechanism of loading and firing. You could also move the sight. 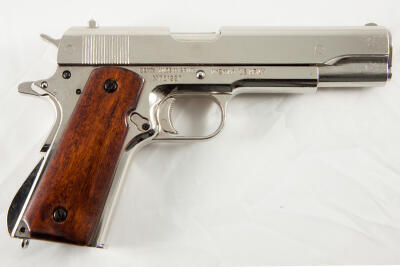